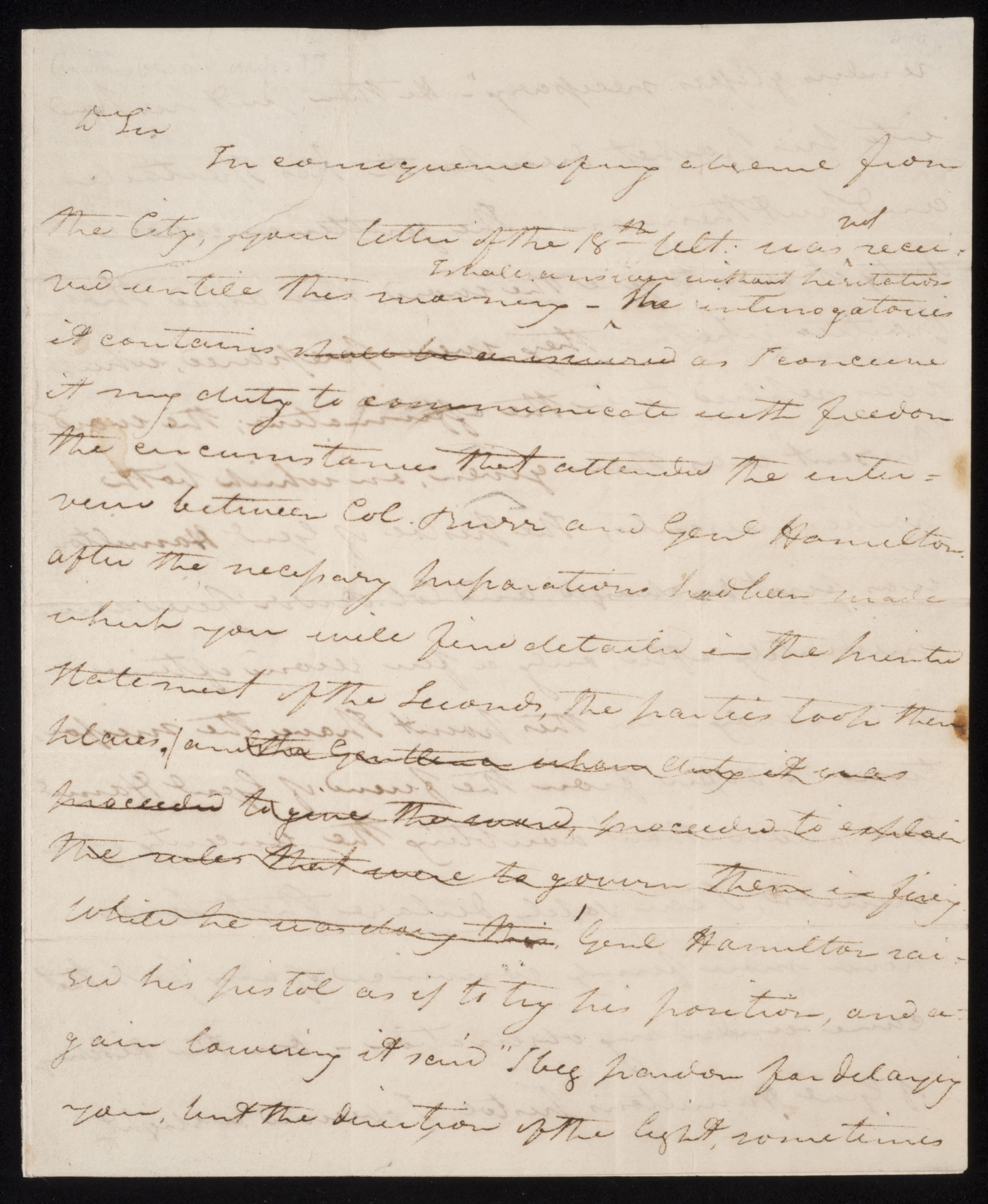 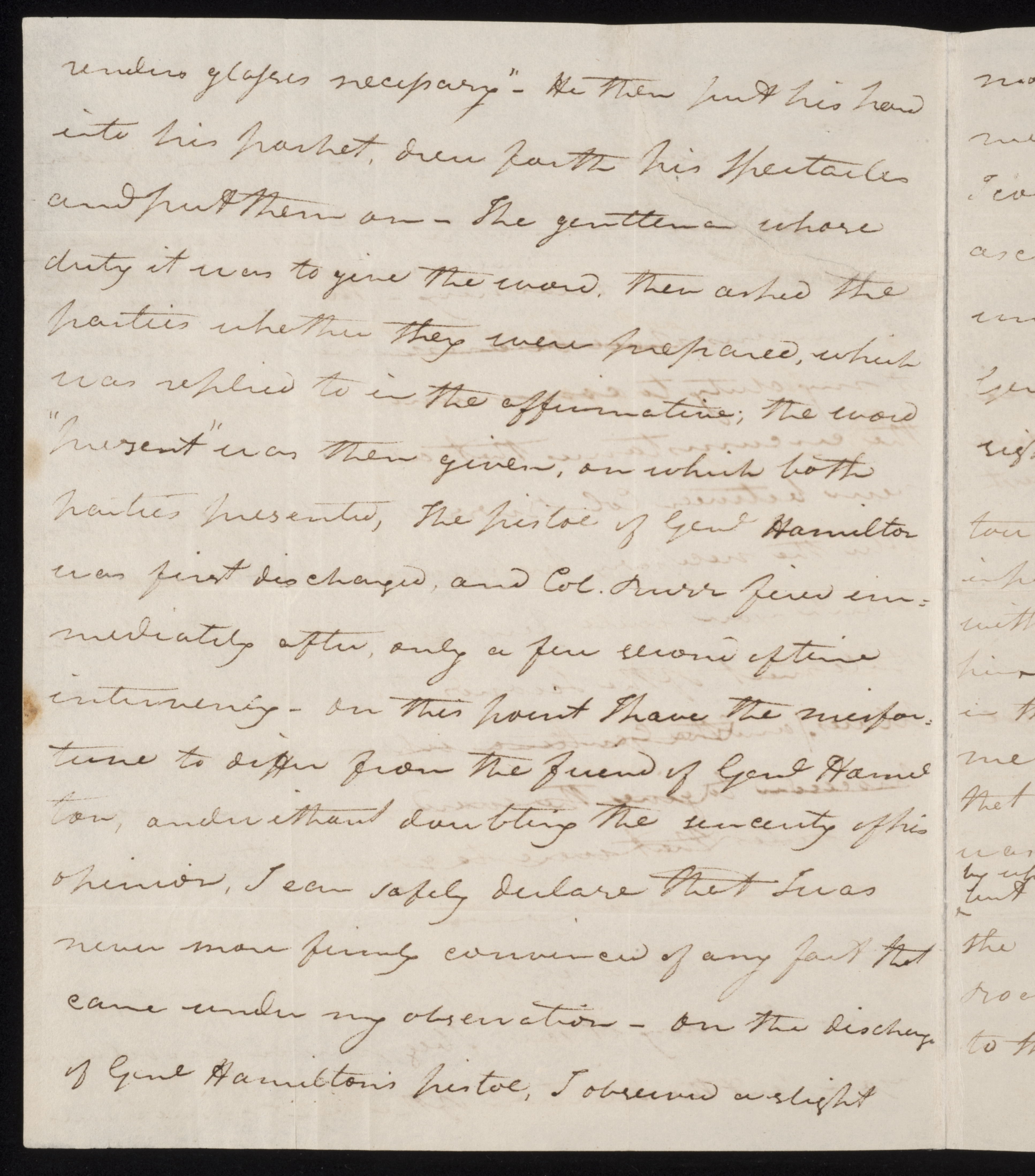 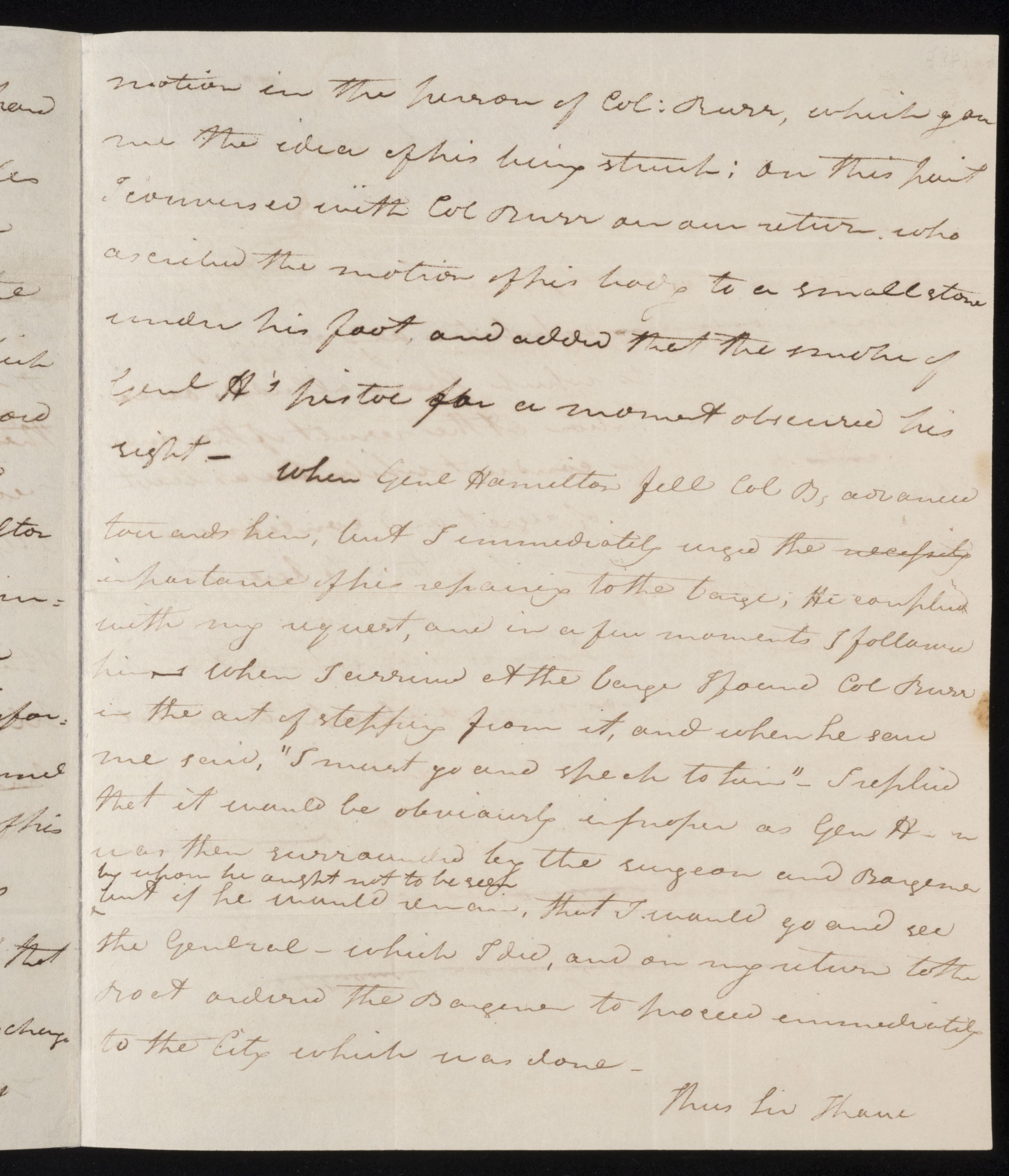 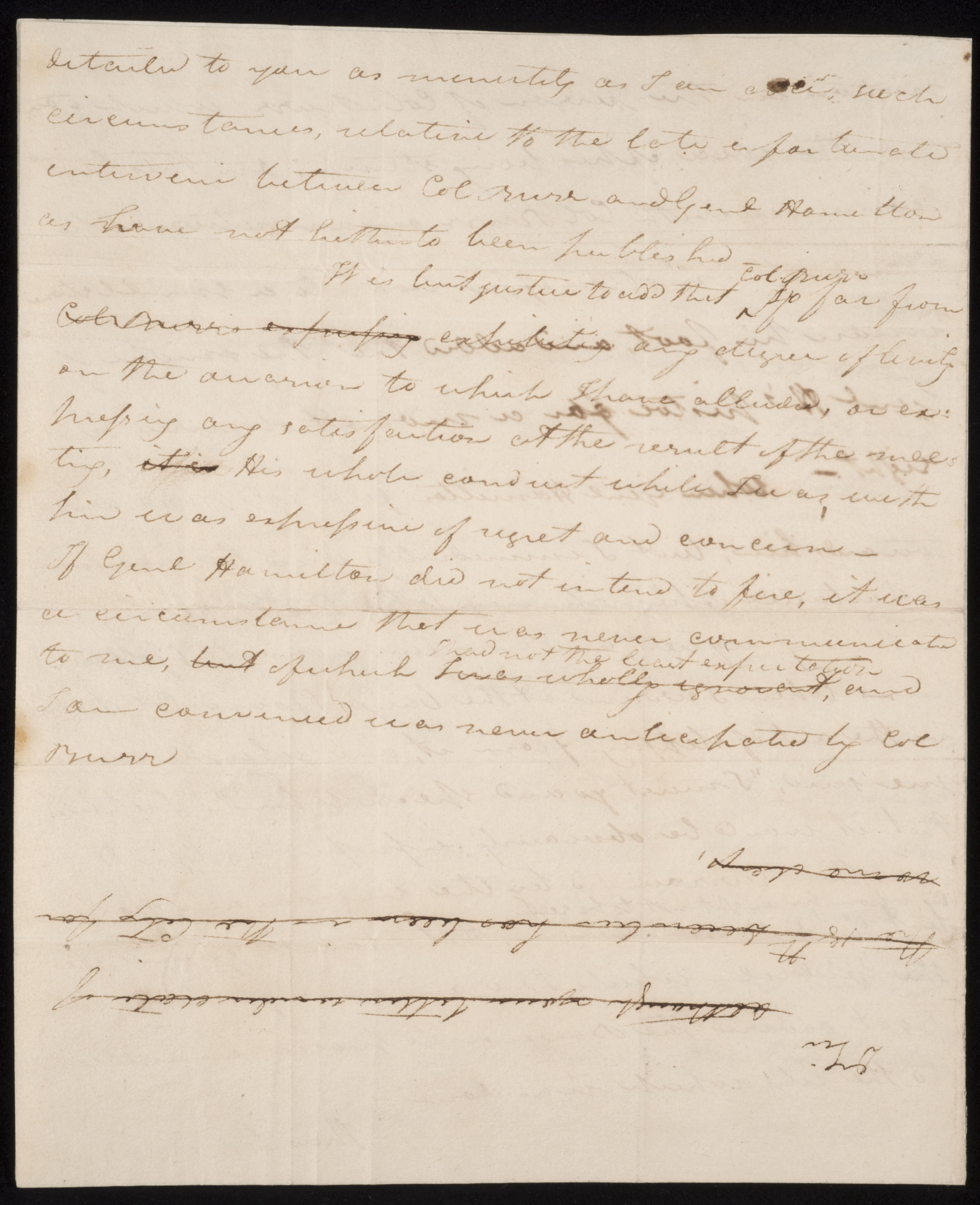 In consequence of my absence from the city, your letter of the 18th Ult. was not received untill this morning. I shall answer without hesitation the interrogatories it contains as I conceive it my duty to communicate with freedom tge circumstances that attended the interview between Col. Burr and Genl. Hamilton. After the necessary preparations has been made which you will find detailed in the printed state- ment of the second, the parties took their places. Genl. Hamilton raised his pistal as if to try his position, and again lowering it said, “I beg pardon for delaying you, but the direction of the light sometimes renders glasses necessary.” He then put his hand into his pocket, drew forth his spectacle and put them on. The gentleman whose duty it was to give the word then asked the parties whether they were prepared, which was replied to in the affirmative; the work “present” was then given, on which both parties presented. The pistol of Genl. Hamilton was first discharged, and Col. Burr fired immediately after, only a few seconds of time intervening. On this point I have the misfortune to differ from the friend of Genl. Hamilton, and without doubting the sincerity of his opinion, I can safely declare that I was never more firmly convinced of any fact that came under my observation. On the discharge of Genl. Hamilton’s pistol, I observed a slight motion in the person of Col. Burr, which gave me the idea of his being struck. On this point I conversed with Col. Burr on our return, who ascribed the motion of his body to a small stone under his foot, and added that the smoke of Genl. H.’s pistol for a moment obscurred his sight.

When Genl. Hamilton fell, Col. B. advanced towards him, but I immediately urged the importance of his repairing to the barge. He complied with my request, and in a few moments I followed him. When I arrived at the barge, I found Col. Burr in the act of stepping from it, and when he saw me said, “I must go and speak to him.” I replied that it would be obviously improper as Gen. H. was then surrounded by the surgeon and bargeman, by whom be ought not to be seen. But if he would remain, that I would go and see the General which I did, and on my return to the Boat, ordered the bargeman to pro- ceed immediately to the City which was done.

Thus, Sir, I have detailed to you as minutely as I am able, such circumstances relative to the late unfortunate interview be- tween Col. Burr and Genl. Hamilton as have not hitherto been published.

It is but justice to add that Col. Burr, so far from exhibiting any degree of levity on the occasion to which I have alluded, or expressing any satisfaction at the result of the meeting, his whole conduct while I was with him was expressive of regret and concern.

If Genl. Hamilton did not in- tend to fire, it was a circumstance that was never communicated to me, of which I had the least expectation, and I am convinced was never anticipated by Col. Burr.