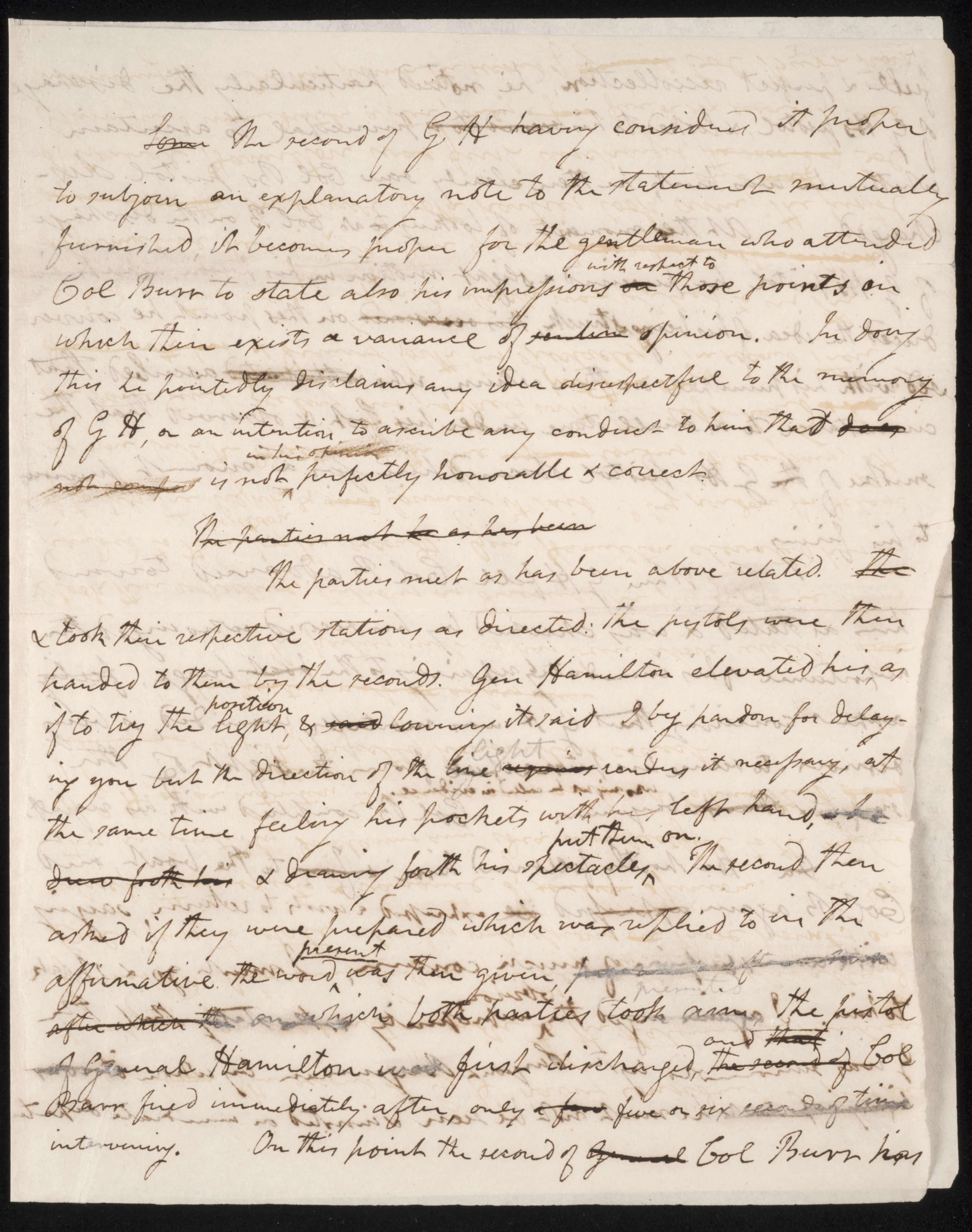 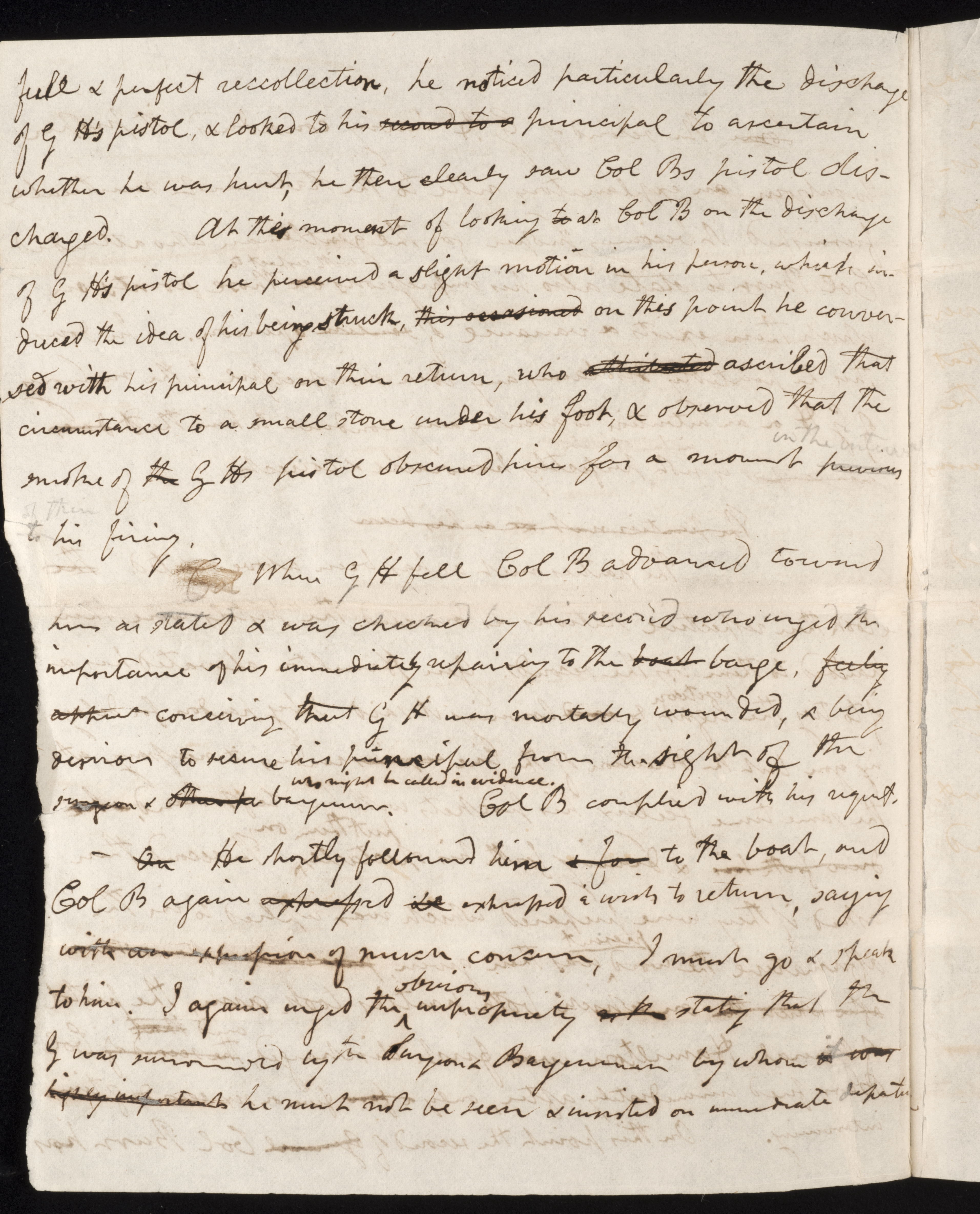 Van Ness’s version of the duel

upon between Van Ness and Pendleton

The second of G. H., having considered it proper to subjoin an explanatory note to the state- ment mutually furnished, it becomes proper for the gentleman who attended Col. Burr to state also his impressions with respect to those point on which there exists a wariance of opinion. In doing this, he pointedly disclaims any idea disrespectful to the memory of G. H. of an intention to ascribe any conduct to him that is not in his opinion perfectly honorable & correct.

The parties met as has been above related & took their respective stations as directed, the pistols were then handed to them by the seconds. Genl. Hamilton elevated his, as if to try the position, & lowering it said, “I beg your pardon for delaying you, but the direction of the light renders it necessary,” at the same time feeling his pocket with his left hand, and drawing forth his spectacles, put them on. The second then asked if they were prepared, which was replied to in the affirmative. The work present was then given, on which both parties took aim, the pistol of General Hamilton was first discharged and Col. Burr fired immediately after, only five or six seconds of time intervening. On this point the second of Col. Burr has full & perfect recollection. He noticed particu- larly the discharge of G. H.’s pistol and looked to his principal to ascertain whether he was hurt. He then clearly saw Col. Be.’s pistol discharged. At the moment of looking at Col. B. on the discharge of G. H.’s pistol, he perceived a slight motion in his person which induced the idea of his being struck. On this point he conversed with his principal on their return, who ascribed that circumstance to a small stone under his foot, and observed that the smoke of G. H.’s pistol obscured him for a moment in the interval of their firing.

When G. H. fell, Col. B. advanced toward him, as stated, and was checked by his second, who urged the importance of his immediately repairing to the barge, conceiving that G. H. was mortally wounded and being desirous to secure his principal from the sight of the surgeon & bargemen who might be called in evidence. Col. B. compiled with his request. He shortly followed him to the boat and Col. B. again expressed a wish to return, saying with an expression of much concern, “I must go and speak to him.” I again urged the obvious impropriety stating that the G. was surrounded by the surgeon and bargemen by whom he must not be seen, and in- vited an immediate departure.