24. Statement for the press prepared immediately after the duel by Van Ness and Pendleton 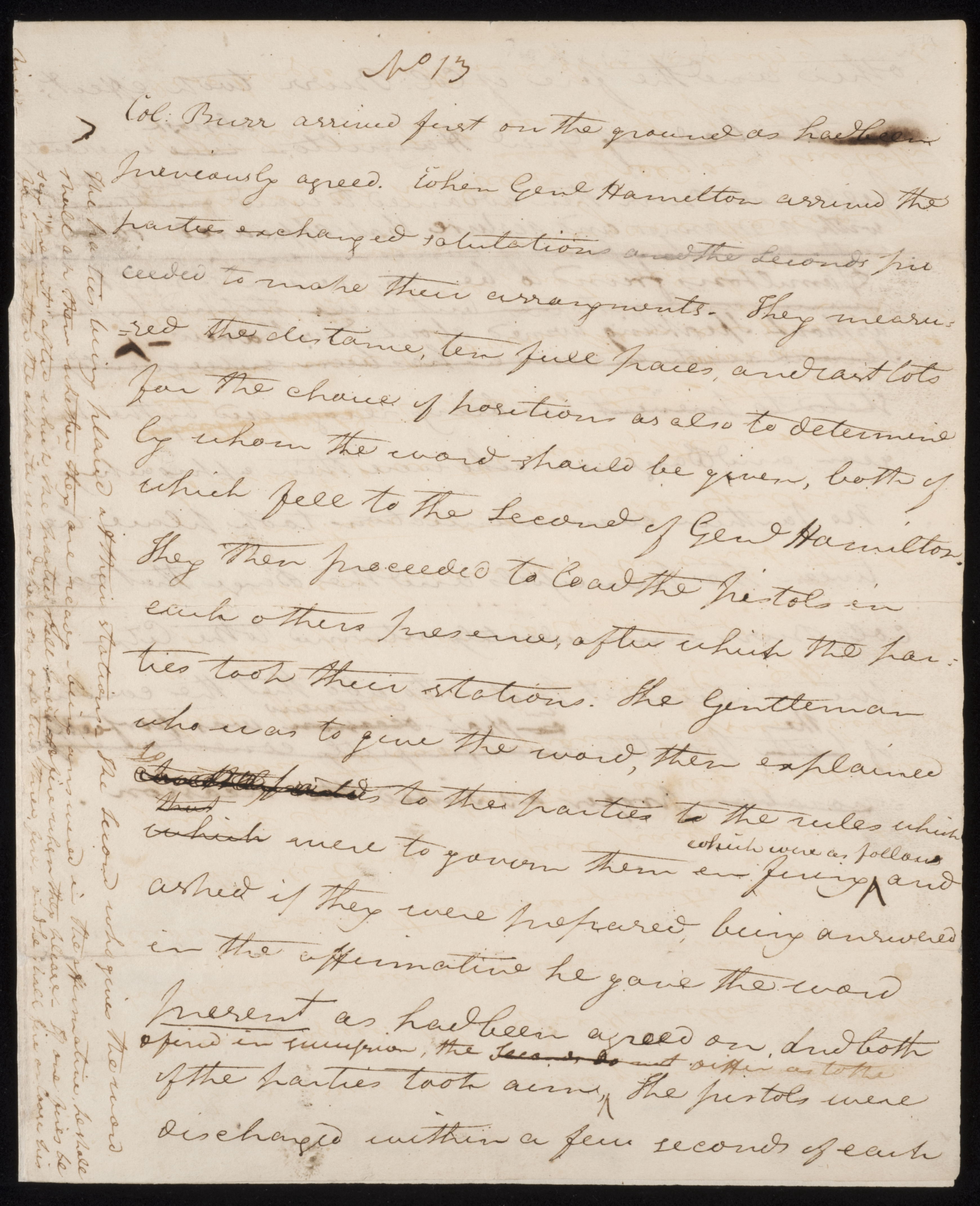 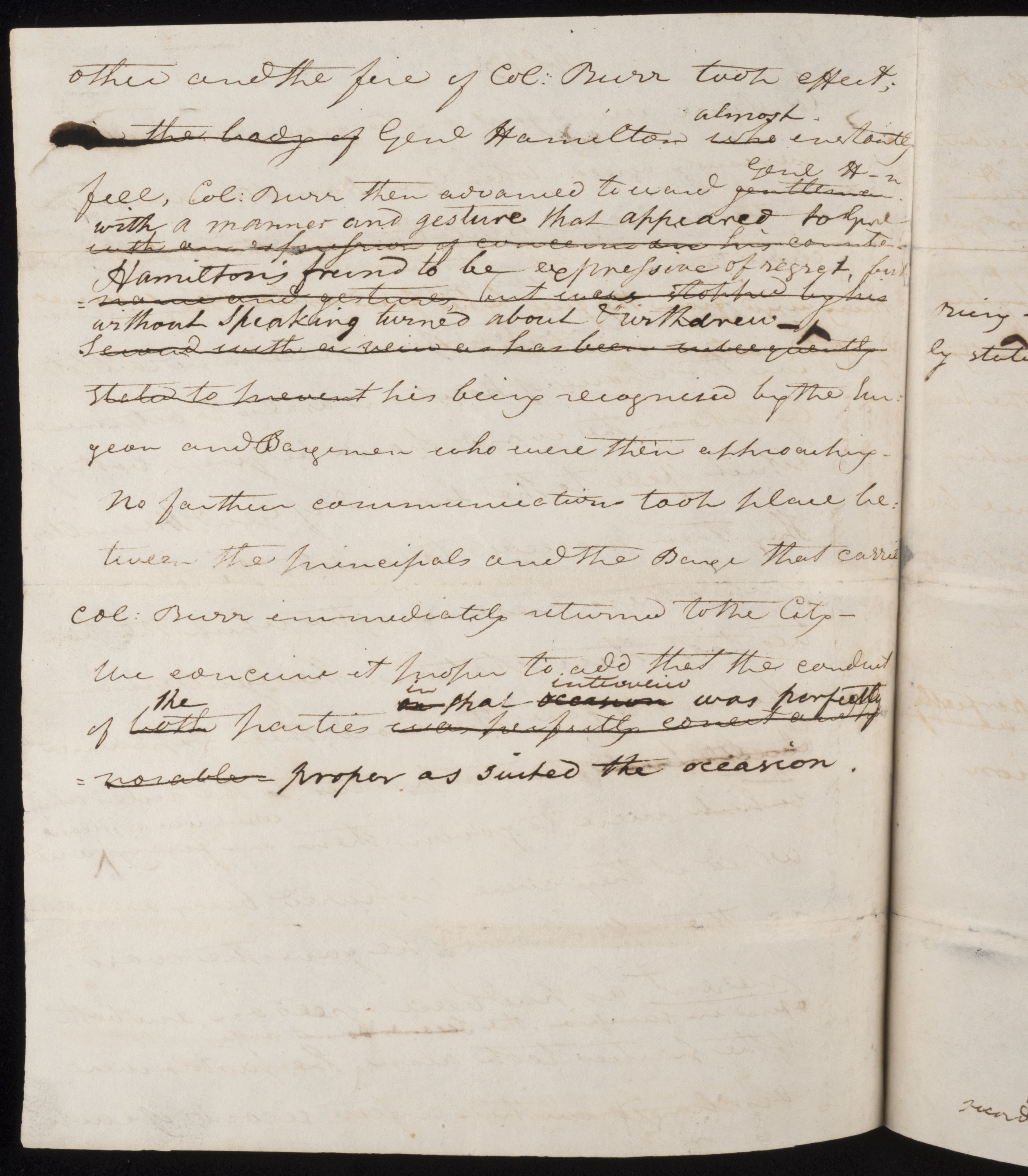 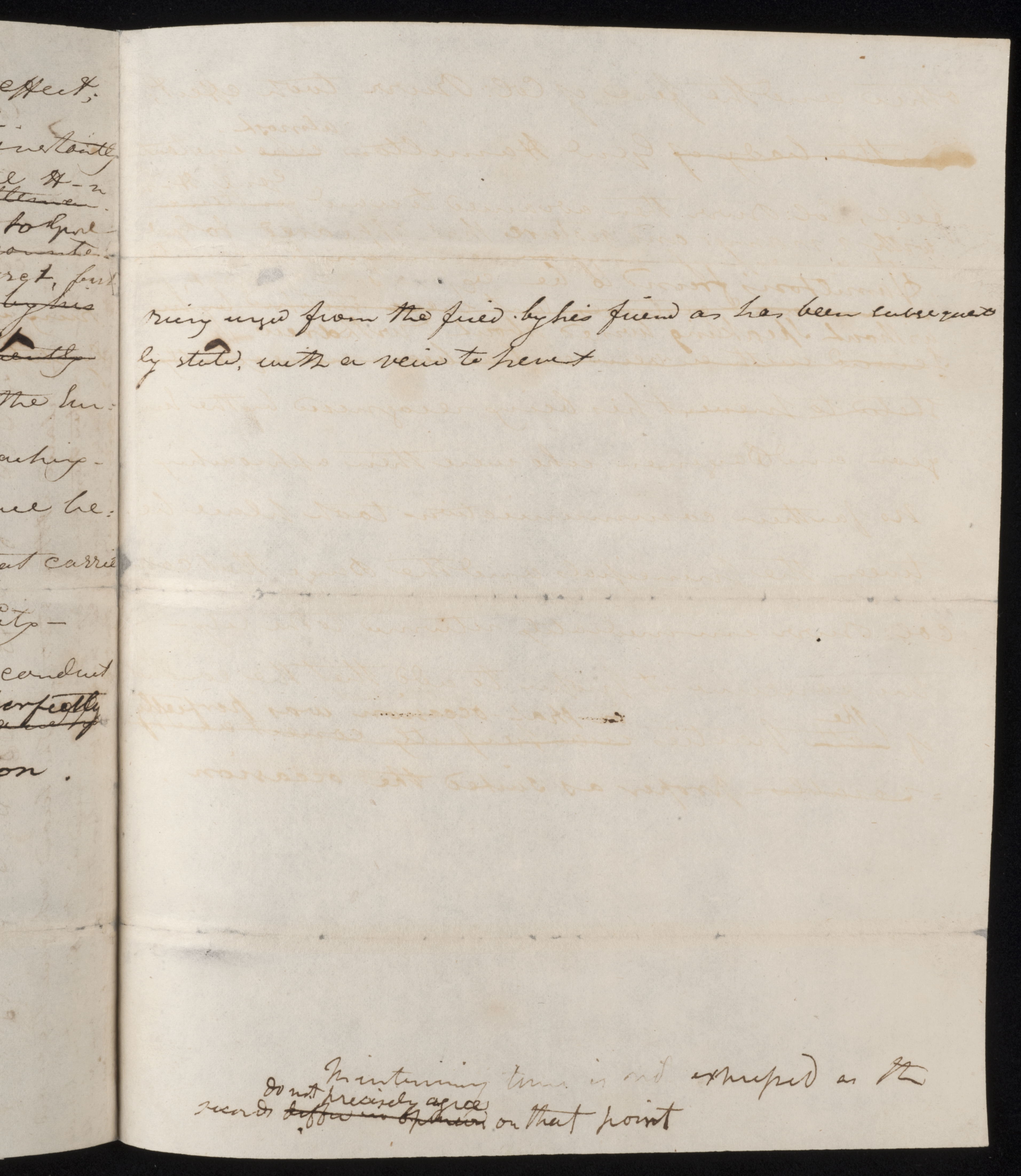 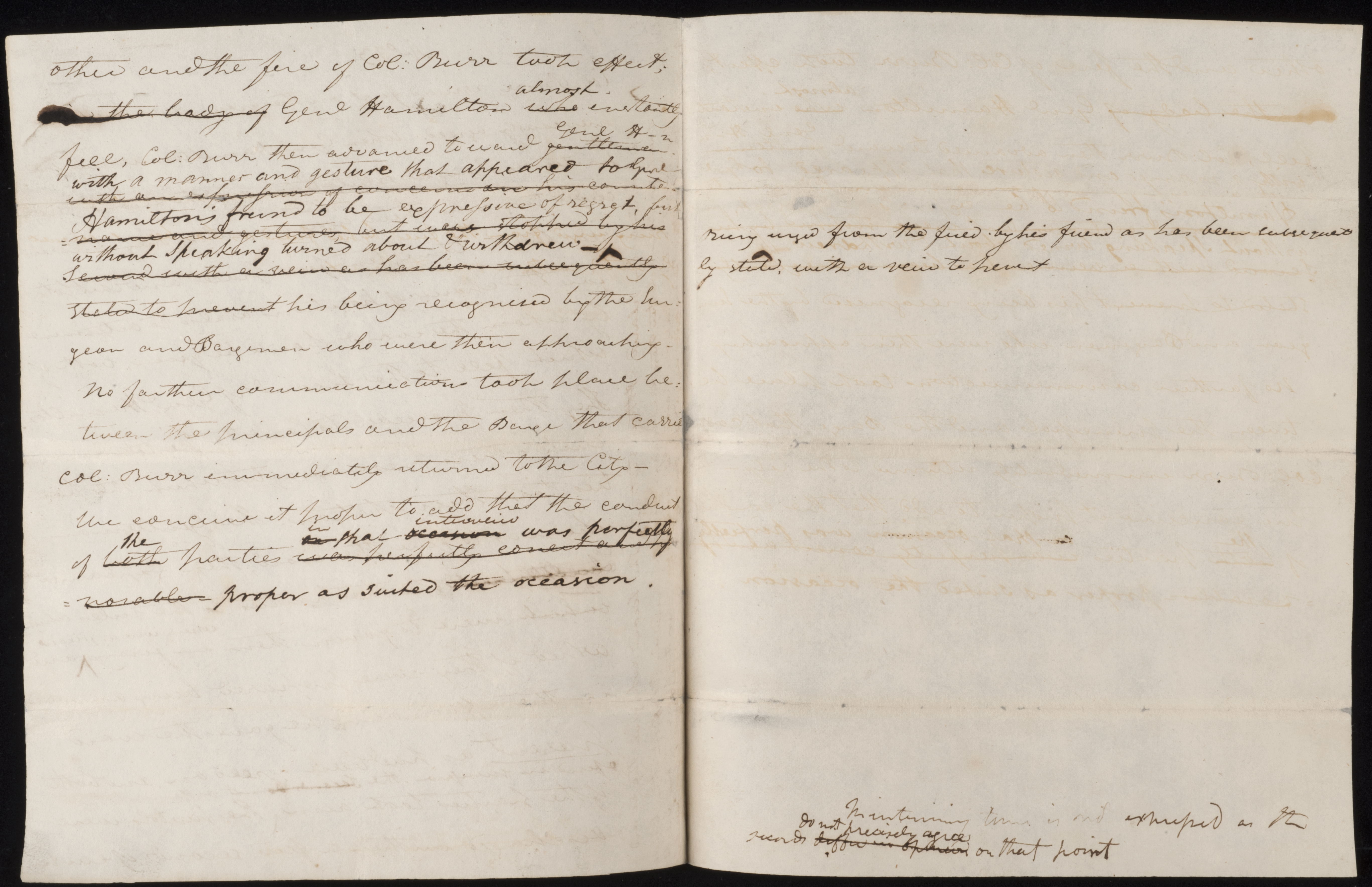 immediately after the duel

Col. Burr arrived first on the ground, as had been previously agreed. When Gen. Hamilton arrived, the parties exchanged salutations and the seconds proceeded to make their arrangements. They measured the distance, ten full paces, and cast lots for the chouse of position, as also to determine by whom the word should be given, both of which fall to the second of Genl. Hamilton. They then proceeded to load the pistols in each other’s presence, after which the parties took their stations. The gentleman who was to give the word, then explained to the parties the rules which were to govern them in firing, which were as follows:

The parties being placed at their stations, the second who gives the word shall ask them whether they are ready. Being answered in the affirmative, he shall say “present,” after which the parties shall present and fire when they please. If one fires before the other, the opposite second shall say “one, two, three, fire,” and he shall fire or lose his fire.

And asked if they were prepared, being answered in the affirmative, he gave the word present as had been agreed on, and both of the parties took aim and fired in succession. The intervening time is not expressed as the seconds do not pre- cisely agree on that point. The pistols were dis- charges within a few seconds of each other, and the fire of Col. Burr took effect. Genl. Hamilton almost instantly fell. Col. Burr then advanced toward Genl. Hamilton with a manner and gesture that appeared to Genl. Hamilton’s friend to be expressive of regret, but without speaking turned about and withdrew, being urged from the field by his friend as has been subsequently stated, with a view to prevent his being recognized by the surgeon and bergemen who were then approaching. No further communication took place between the principals and the barge that carries Col. Burr immediately returned to the city. We conceinve it proper to add that the conduct of the parties in that interview was per- fectly proper as suited the occasion.