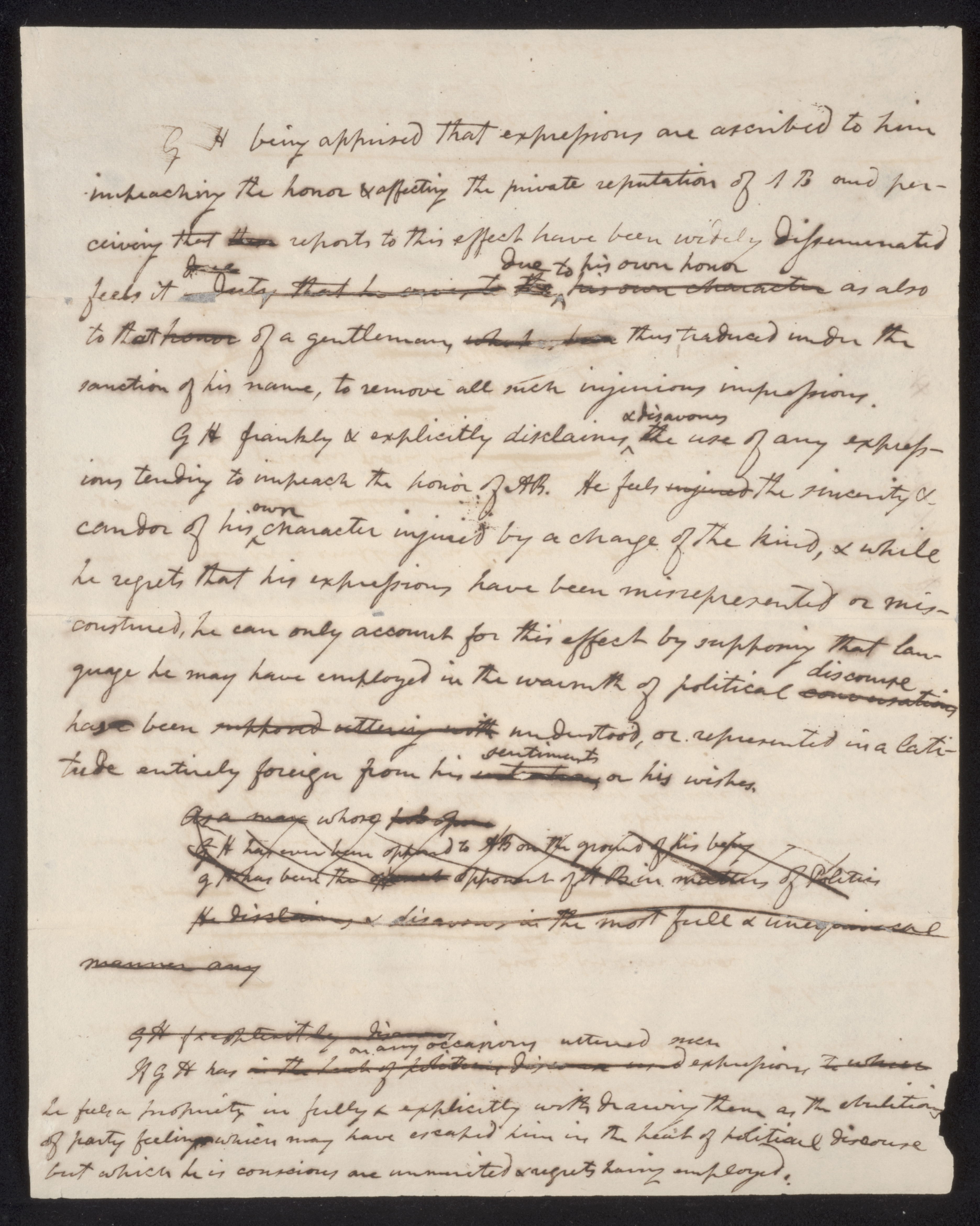 G. H. being apprised that expressions are ascribed to him impeaching the honor & affecting the private reputation of A.B. and perceiving that reports to this effect have been widely disseminated, feels it due to his honor, as also to that of a gentle- man this traduced under the sanction of his name, to remove all such injurious impressions.

G.H. frankly & explicitly disclaims & disavows the use of any expres- sions tending to impeach the honor of A. B. He feels the sincerity & candor of his own character injured by a charge of the kind, & while he regrets that his expressions have been misrepresented or miscontrued, he can only account for this effect by supposing that lan- guage he may have emploed in the warmth of political discourse has been understood or represented in a latitude entirely foreign from his sentiments or his wishes.

If G.H. has on any occasions uttered such expressions, he feels a propriety in fully & explicity withdrawing them, as the ebulition of party feeling which may have escaped him in the heat of political discourse but which he is conscious are unmerited & re- grets having employed.

Being apprised that expressions are ascribed to me impeaching the honor and affecting the private reputation of Col. Burr, and perceiving that reports to this effect have been widely disseminated, I feel it due to my own honor, as also to that of a gentleman this traduced under the santion of my name, to remove such injurious impressions.

I therefore frankly and explicityly disclaim and disavow the use of any expressions tending to impeach the honor of Col. Burr. My own sincerity and candor require this declaration; and, while I regret that my expressions have been mis represented or miscontrued, I can only account for the inferences which have been drawn from them, by supposing that language I may have em- ployed in the warmth of political discourse has been represented in a latitude entirely foreign from my sentiments or wishes.